I'm trying something new: Photo Heavy Monday. Yeah, I know it's not alliterative and cute. I'll work on that. Meanwhile, let's kick it with the Craft Activism booksigning & craft party at Brooklyn General Store. 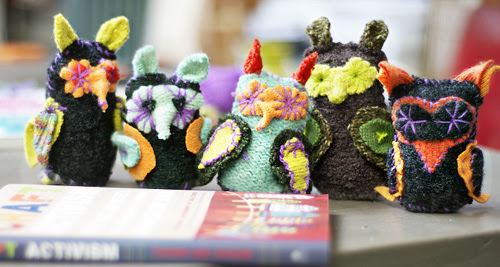 Caitlin is our email pal and editor's assistant and most importantly, a crafter extraordinaire. 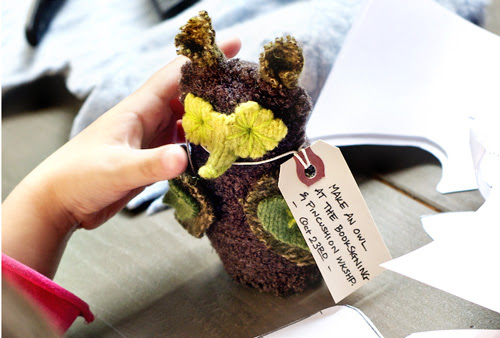 In which author Joan Tapper realizes the Sharrow sweater is just her size, but can't bear to remove her Hot Stuff apron- both of which are conveniently Craft Activism projects. If you want them, too. 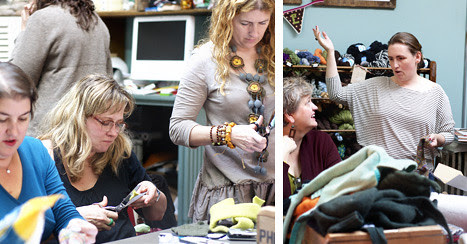 Heather, far right, came up with the owly project, inspired by the section on recycled crafting. 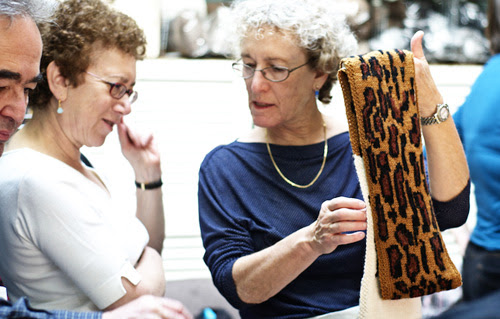 Joan shows the Ocelot scarf, a pattern in Craft Activism. 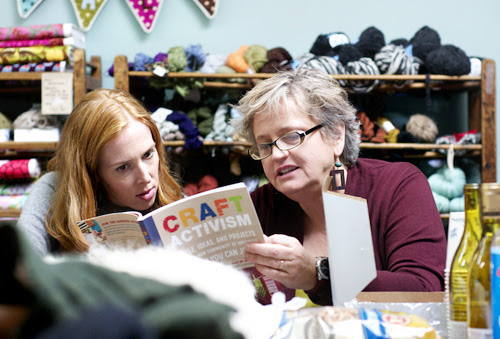 Our Tech Editor Dorothy Orzel, with one of her former fashion design students. 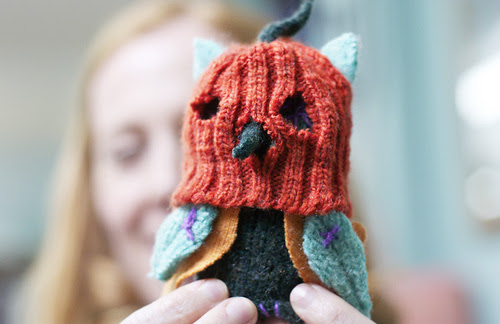 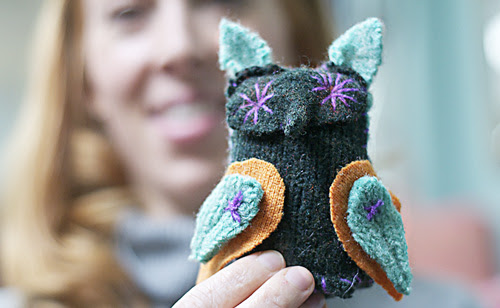 Above, what happens when a professional accessories designer gets crafting. 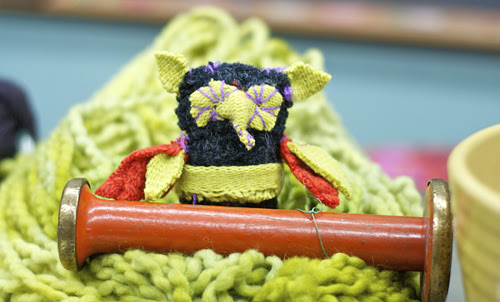 This one's by Arline, my Imperial Cookies baker friend. She brought us ginger snaps. 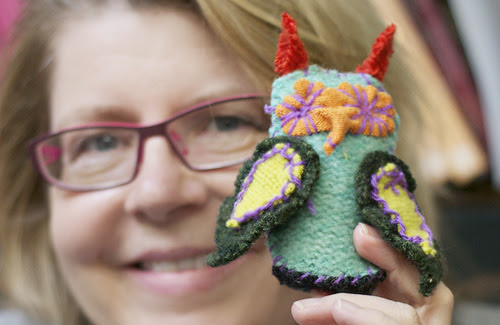 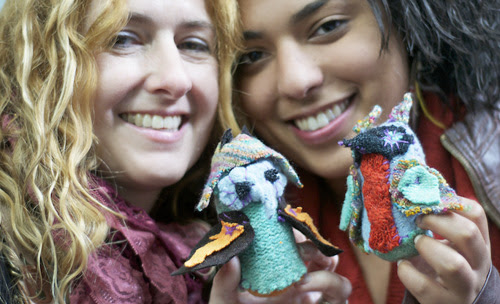 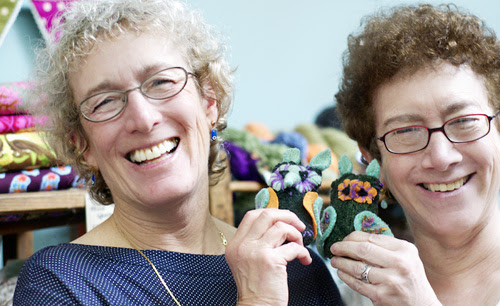 There are a few more photos of owly crafting over on my Flickr stream. The owly project was dreamt up by Brooklyn General, inspired by Crispina ffrench's work in the book. More about Brooklyn General over on the Craft Activism blog.
Posted by gale (she shoots sheep shots) at 2:33 PM

That was so much fun! True confession...I carry my owl in my purse with me. No needles and pins are going in his head...ever.

My book lies on the coffee table, open to the Hot Stuff towel. Dang it, I am supposed to be concentrating on knitting and spinning...

aww those owls are so cute!!

I can't wait to get a copy of you and Joan's new book!! The owls are fabulous!!

Any chance of a tour through the Denver area? It would be fabulous to see you again!

I know that I have failed miserably in my stalker duties...

Waaaaaahh! Y'all are havin' just too much fun on the east coast!!! LOVE those owlys!!!

That looks like a blast. I was so wet and late on Thursday, but so glad to be there. I am home and happily turning lights on. My sister still has no power.

sports handicapping software said...
This comment has been removed by a blog administrator.
3:27 PM

Did you know you can shorten your long urls with Shortest and earn cash from every visitor to your short links.