3 Things on Thursday gives me a manageable way to jump back here with yarn that is on my mind. Mucklmarl from Starcroft Fiber Mill in Maine
#1 the yarn is spun only from sheep that live on islands off the coast of Maine 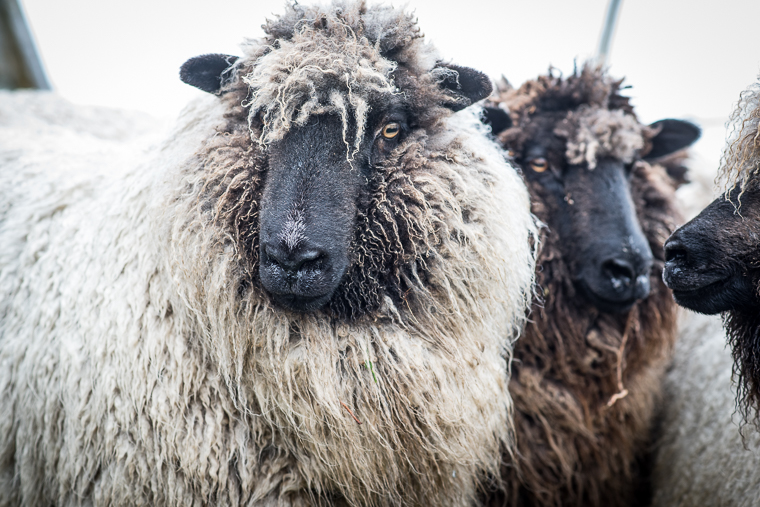 In June I was Downeast helping with the annual island sheep roundup with my friend Jani Estell and her Nash Island sheep. Their fleeces are what she uses for  beautiful fiber and yarn at her mill. 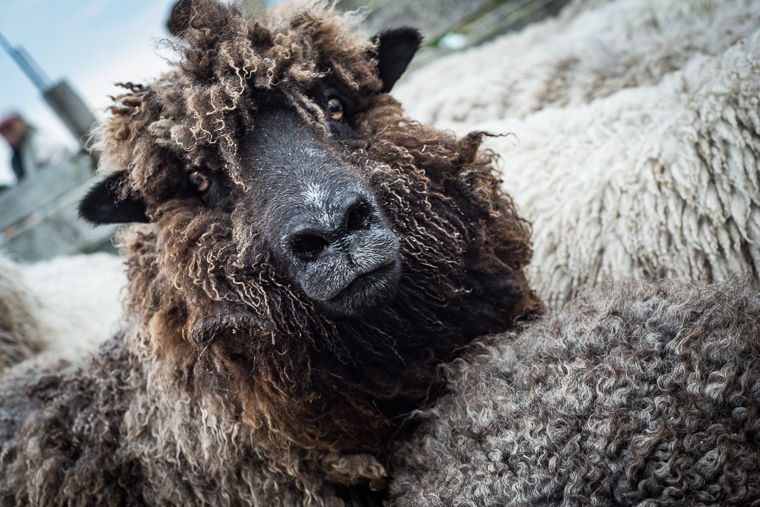 Along with Nash Island, which is her all-white largest flock (100+), she keeps a mixed colored smaller flock even further from shore,  on tiny Flat Island.  I usually travel up for the larger shearing but this year I was lucky enough to make the Flat Island outing  on a wild and woolly early June day. 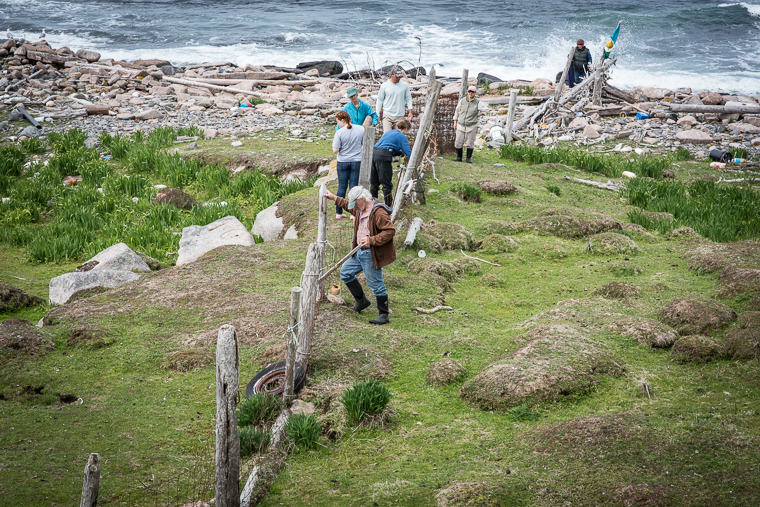 You can see ,from this view of the crew setting up the temporary corral, that there were what Mainers call "seas". Which means, wind and plenty of waves and whitecaps. It was an exciting ride out to the island. 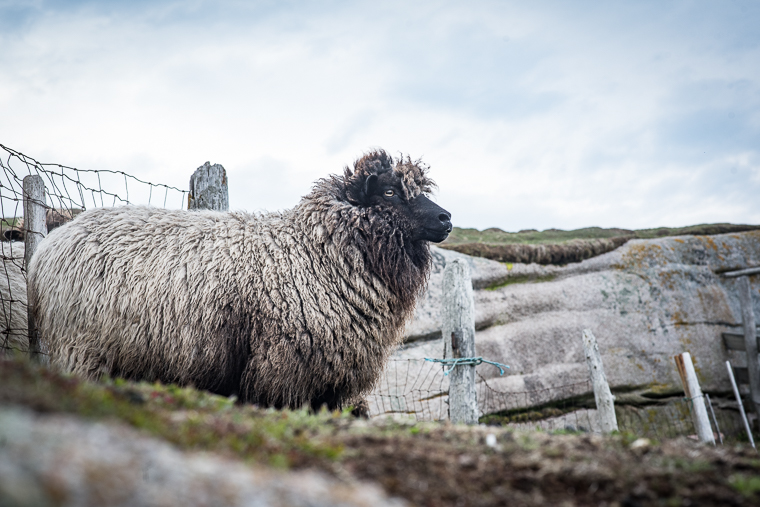 Part of the flock decided to go for a swim to avoid roundup (!), which was also exciting-- and frustrating. They had to be left unsheared till they dried off.  More than half of the population made it into the fencing. 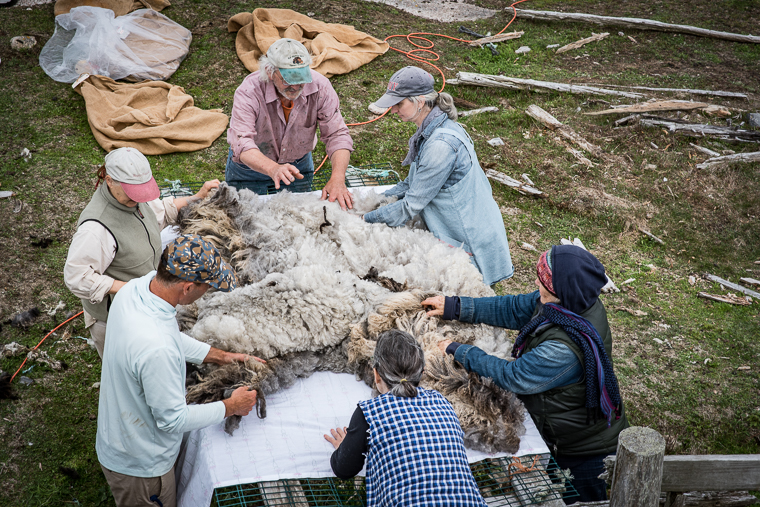 Looking down on the skirting table. That's normally my station but I was shirking my duties at that moment. Flat Island has a rocky outcropping, so I could get these views looking down on the action. This made me ridiculously happy. 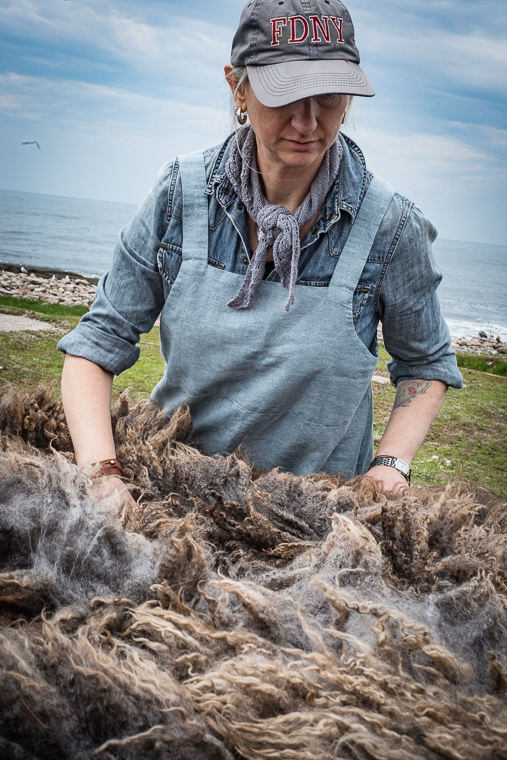 Beverly Army Williams skirting in great style. Look at that  gorgeous fleece. Also at her Elizabeth Shannon apron she made from an Ellen Mason pattern.
#2 the yarn is marled,  plied with one strand of colored sheep and one natural white 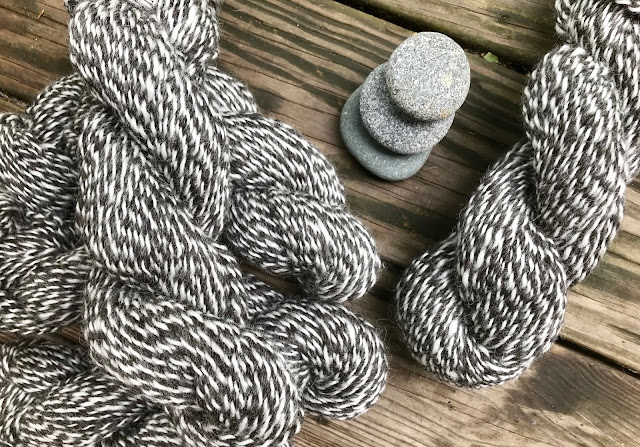 Jani  released a new yarn called Mucklmarl that's spun from the fleeces of these colored Flat Island sheep plied with her white Nash Island. It is bouncy and soft but also woolly and just exactly what I want a sweater of! I came home with an SQ (sweater quantity) and am  spending waaaaay too much time considering my options of what to cast on. 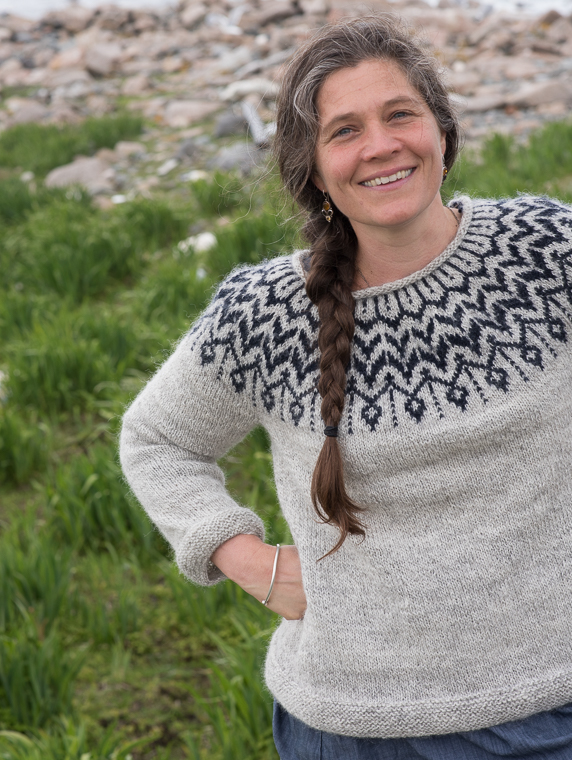 Sarah Hunt, aka Fibertrek, and the leader of the Wool Scout retreat along with Jani, knit a Dreyma pullover  in the lighter shade of Mucklmarl with a solid for the colorwork. Love this! 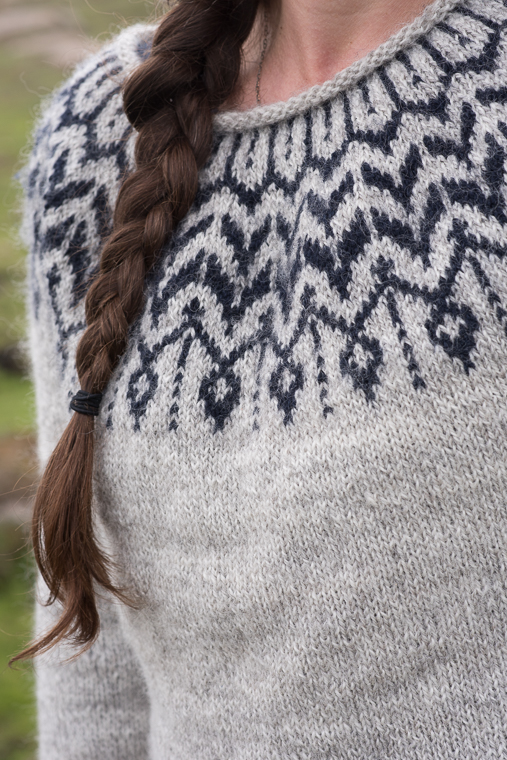 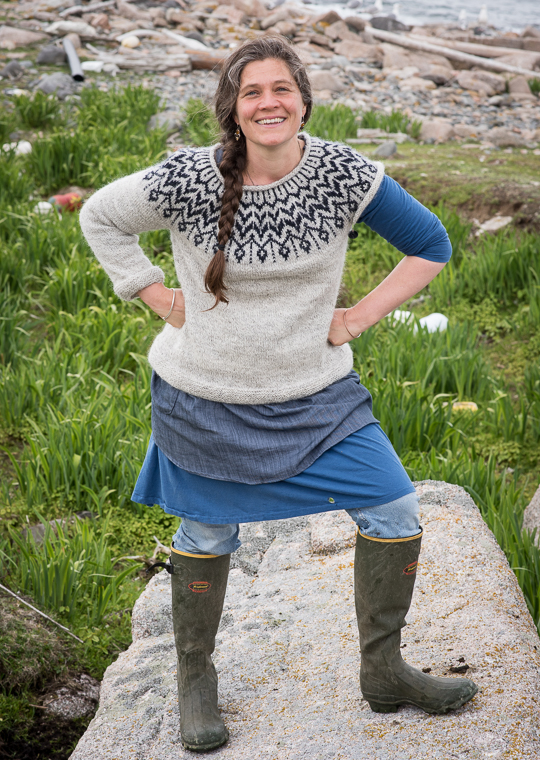 #3 sometimes it's hard to decide what to knit when you have an SQ of yarn that is special to you I want to knit a pullover, something slouchy to wear every day. Top contenders at the moment are The Weekender,  LouLou , Circe or maybe Such a Winters Day...  but I am open to pullover suggestions! What have you seen?

whew, it feels good to be back! what are your knitting plans for the cooler weather ahead?