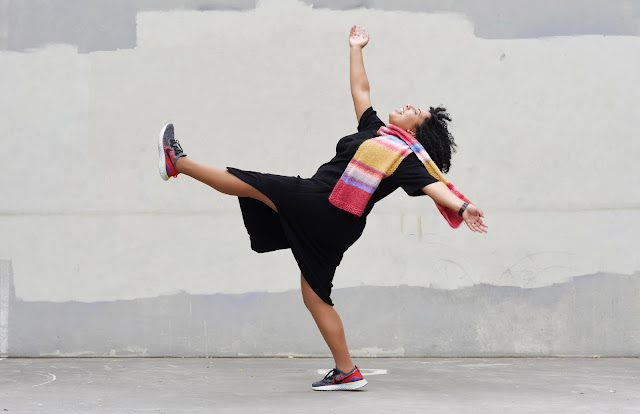 I may have made my favorite scarf photo ever! This was the last frame shot from the photo shoot for The Yarnery,  Brite Stripes Kit, in October.   The scarf feels so exuberant  that I wanted to see if we could catch that vibe. 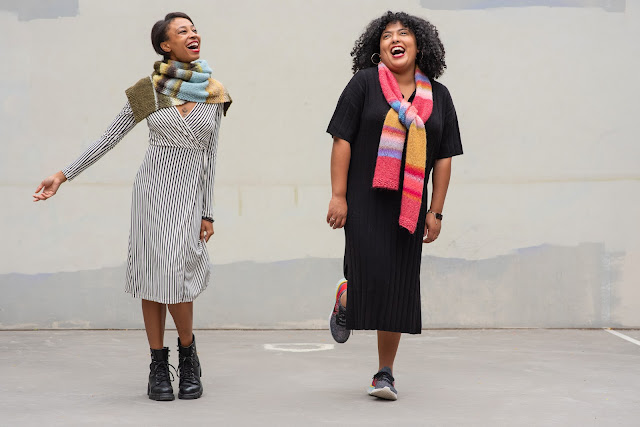 The kits released yesterday .  I am thrilled ot share these, shot on a handball court in Brooklyn. I kind of love the location as a street studio setting. And I lovvvvve these models, Martine McKinney and Ariana McLean. 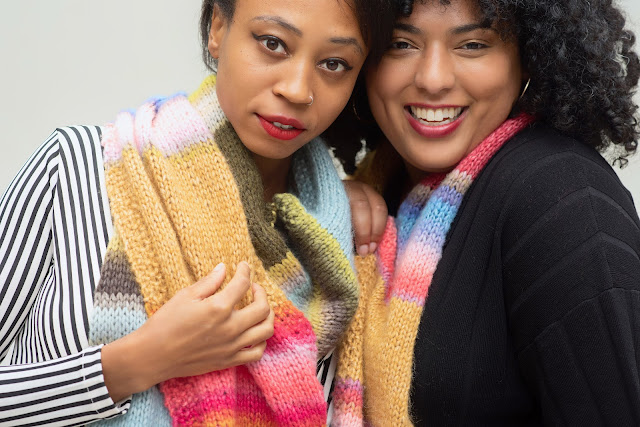 The yarn is pretty fabulous as well--it's knit in solid colors of Snefnug and a skein of self striping Lang Cloud yarn.  It's bulky gauge knitting  although very light and airy. I am crazy about the Snefnug because the colors, I mean take a look. And also that name, it sounds like a funny sneeze. It means snowflake in Danish. 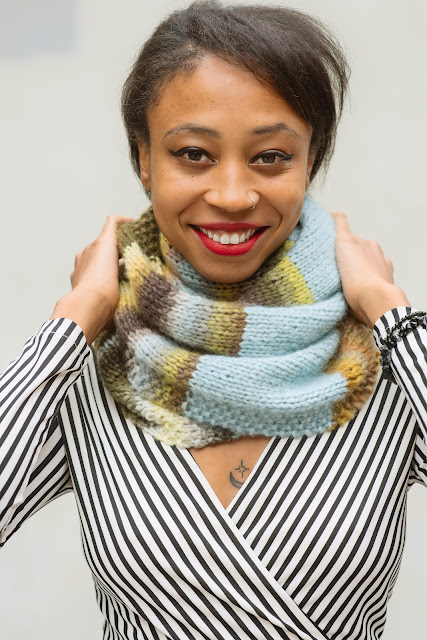 This is a candidate for another Treat Yo'self project--and I say that as someone who feels the urge to knit a long scarf pretty much NEVER.  It would fly. 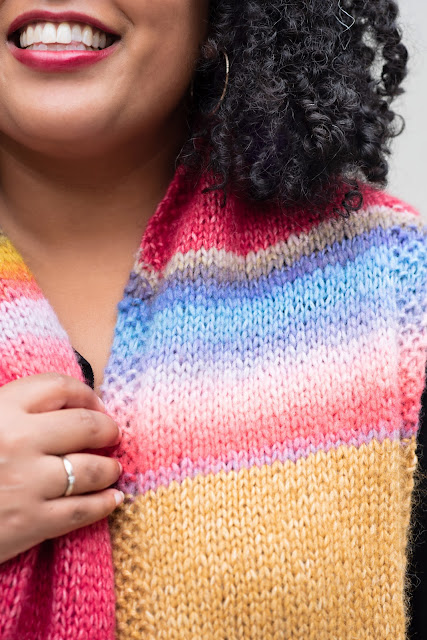 That shot is so FUN!! It looks like the whole shoot was fun! :)

THis makes even me want to knit one of those scarves!