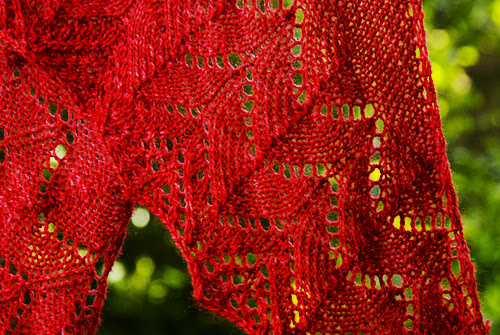 Traveling Woman, designed by Liz Abinante, in a tomato-y red Lisa Souza Merino Sock.
My idea was to knit this in March when I started a series of trips to shoot the new book project, and by April-June I'd be wearing it on chilly planes, and on cool nights on the west coast, in the NW, everywhere I went,  and I would look tres chic. 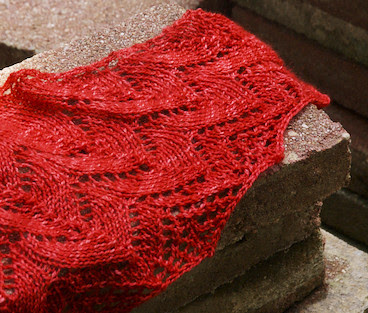 Plus the nerdy satisfaction of the pattern name matching my life. Like so many of my good intentions , it didn't spool out as planned. Instead I traveled like crazy and now, back at the ranch, finished it in time for a July heat wave. 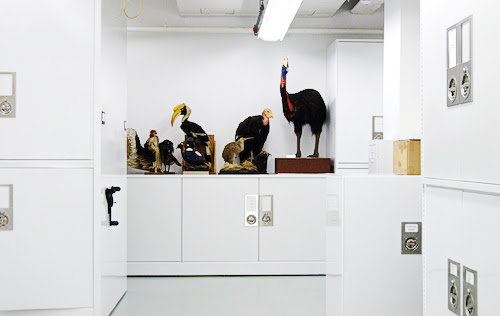 To underline that sometimes the payoff comes when you're  close to home, here's one of the best locations I've shot at in a flurry of interesting and odd  locations. It's the mammal archives at the natural history museum at Yale. Above, the view before we set up to shoot a researcher working in this room. 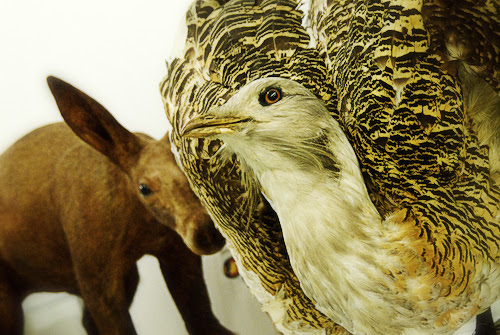 How great to have this lineup watching us work. Every few minutes I looked up, and there they were, staring. Most were on display when my sons were little and we were regulars in the exhibit rooms. It was a reunion with old friends. A lucky one; I doubt they are meant to stay in a jumbled lineup in an otherwise sealed & controlled storage facility. 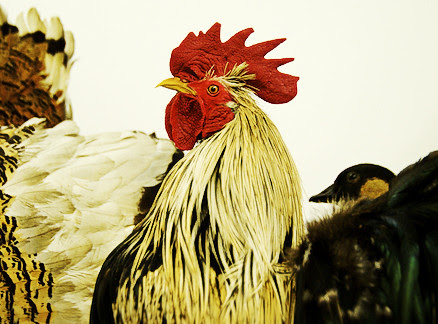 As for my travels, I'm not exactly staying put.  New Jersey for a shoot  Tuesday & Wednesday.
Posted by gale (she shoots sheep shots) at 9:07 AM

Your shawl is gorgeous. Think of how you'll delight in pulling it out of your closet in fall - all finished and ready to go. I love your museum shots! A fascinating glimpse into its behind-the-scenes world.

Say hi to my old 'hood! I don't think you'll be needing that shawl, according to my sister. Are the chicken shots a theme?

That shawl is just stunning. That color is just wow! Love the pattern too. Your shots are wonderful!

Just beautiful! And it's not like you're giving up traveling, so it will always be appropriate.

The shawl is beautiful and you will have many opportunities to be tres tres chic.

Love the taxidermy. They look fresh and well cared for, not like most of the dusty stuffed critters one encounters.

The cockscomb in the final shot echoes the shawl in the first shots. Fab.